I recently had a chat with one of my literary heroes, David Moody, author of the HATER trilogy, the AUTUMN series, and his latest release STRANGERS. He's a great writer and a top bloke, and it's an honour to interview him for my humble blog. 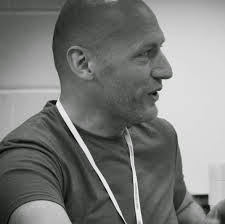 How would you describe your writing style?


Straight and to the point. I know I’m no literary genius, and that really doesn’t bother me. I just want to tell good stories with strong characters which appeal to a wide audience. Sometimes I think people try too hard to be clever with their writing; overly flowery language, overuse of a thesaurus, metaphor after metaphor after metaphor... I’m always conscious that the more layers of detail you provide, the less there is for your reader to imagine, and the less opportunity you have to surprise them. I want people to identify with my characters and the situations they find themselves in, so I like to leave enough room in my novels for readers to imagine the fine details for themselves.

Which of your books would you recommend as a good starting point for someone who hasn’t read your work?


I’d recommend either the first AUTUMN or HATER novels, or perhaps the re-written version of my debut novel STRAIGHT TO YOU (which was released this year... avoid the original 1996 edition at all costs!). As I’m in full-on promotional mode at the moment, I’d also have to suggest my latest novel, STRANGERS. 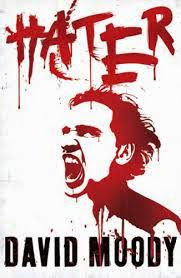 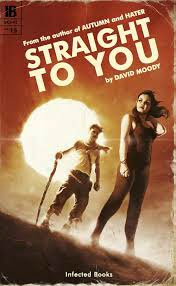 Do you have a favourite character from any of your novels?

Good question! I’d have to say Danny McCoyne from the HATER series. He’s become outrageously popular, actually, and people ask me about him all the time. I think of HATER as his story, first and foremost: the story of a faceless nobody who’s all but given up on life but who, through no fault of his own, is forced to live through hell and play a pivotal role in a series of events which will decide the course of the entire human race (what’s left of it, anyway!). A close second would be Scott Griffiths, from STRANGERS. In the few weeks the book has been out, I’ve had a load of feedback about him. He’s neither the hero or the villain of the story, and I really enjoyed writing about him in layers. What I mean by that is, whenever you think you’ve got a handle on who and what he is, he wrong-foots you.


What is the best piece of writing advice you’ve received?

Who are your literary heroes/heroines?

John Wyndham, HG Wells, Richard Matheson and James Herbert. The first three because they wrote some of the most important novels in the genres I love (and I’m thinking specifically about THE DAY OF THE TRIFFIDS, WAR OF THE WORLDS and I AM LEGEND). James Herbert’s DOMAIN changed the way I thought about horror fiction, and set me on the path to writing it myself. I was fortunate to meet Jim a couple of times before he died, and in the short time I spent talking to him (both one-to-one and in front of large audiences at events to celebrate the release of his last novel, ASH), he pulled no punches and told me in no uncertain terms what it takes to succeed as a writer. And as he’d sold over fifty-six million books by that stage, I listened attentively to every word!


What book do you wish you’d written?

See my previous answer. THE DAY OF THE TRIFFIDS. My favourite book of all time. Wyndham managed to make a completely ridiculous premise (most of the population go blind and are menaced by seven foot tall carnivorous walking plants) feel uncomfortably plausible. Terrifying and ground-breaking. Everyone working in the genre should read TRIFFIDS at least once. 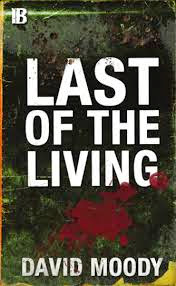 What book are you currently reading?

Now this will seem like a set-up, but I actually just finished reading THE LAST PLAGUE by some young upstart called Hawkins! I’m on a JG Ballard kick at the moment, so after reading a few new novels I’ve promised to blurb, I’ll be diving into HIGH-RISE.


What do you like to do when you’re not writing?

Films! I have a ‘to watch’ pile which is almost as high as my ‘to read’ pileI I’m fortunate to live in walking distance of a multiplex, and have a daughter who works there from time to time and brings home free tickets... I also love live music and comedy. My real passion, though, is running. I train several times a week and take part in a number of races each year (anything up to half-marathon distance). Weirdly, I also manage to get a lot of work done when I’m running. It’s the only time my thinking doesn’t get interrupted!

What advice would you give to new writers just starting out in the business?

See my earlier answer – keep writing! It’s as simple as that. I had many false starts to my writing career, and I only managed to finish my first novel when I got strict with myself and imposed a few rules (I will write at least a page a day, I will not go back and revise until I’ve finished a draft...). Just keep going and remember you’re likely to jettison most of your first draft. Finally, take all feedback on the chin. Don’t get angry, don’t get defensive... LISTEN. If someone’s taking the time to tell you what they thought about your story – no matter how hard it might be to take – you should hear what they have to say. Console yourself with the knowledge that your writing had an impact on them (so big an impact, in fact, that they’ve felt the need to tell you!). 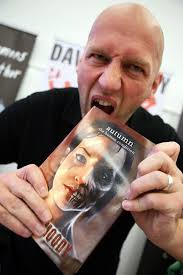 What do you think of the current state of the horror genre?

Pretty good, actually, but it has one hell of an image problem. It always has had, and it probably always will do. I have a problem with labelling horror as a genre, if I’m honest. It covers such a wide range of stories and situations, don’t you think? To classify something as just ‘horror’ is often doing a book or film a real disservice. Horror is more an emotion than a category. Think of it this way... if you write a Western, you know there’ll be cowboys and sheriffs and shootouts and the like. If you write Horror, though, you could be writing about anything happening anywhere at any time. Some of the most horrific books of the last decade (I’m thinking of THE ROAD, WE NEED TO TALK ABOUT KEVIN, books of that ilk) would NEVER be classified as horror!


It’s well-documented that you’re a big fan of the nightmarish ‘Threads’, which still haunts me to this day. If you were approached to write a remake of it, regardless of money, would you be tempted to give it a go? Or would you feel it’s a needless remake and turn the offer down?

I’d turn it down. No question. THREADS is a seminal piece of film-making which I don’t think could be bettered. It’s also a product of its time, so would be very different today. That said, I’ve often said that one of the things I most admire about THREADS is that it begins in a very CORONATION STREET style... everything’s very twee and personal. You invest in these ordinary characters and then (quite literally) BOOM! Their world is all but destroyed. This would never happen, but I’d love to create a series which starts out as a soap opera kind of thing but then, after about six months or so, completely without warning, there’d be a nuclear attack or alien invasion or similar. Christ, that’d be great viewing!


What are you working on at the moment?

More projects than I’ve got time to finish, unfortunately! I’m writing my first middle-grade novel which I’m describing as a cross between GODZILLA and ET. I’m also working on a new four book horror/ science-fiction series called THE SPACES BETWEEN, which looks at the huge gulf between our perceptions of reality and our actual reality in the 21st century. I’m also planning another novel for 2015 called FOCUS, which I’ll not say anything about just yet!


If you had the chance to co-write a novel with an author of your choice, who would it be?

I’m going to be an obnoxious arse here and say no one. I love writing, but I don’t have any desire to share the process with anyone else at the moment. Maybe that’ll change in the future. As I just said, though, I’ve got too many ideas to cope with at the moment, and I’m keen to get all of them written and released first!


Finally, are there any nuggets of info about future works you’re willing to share?

Revealing that my middle-grade book will be a cross between GODZILLA and ET was probably a nugget I should have kept to myself! I do like describing current projects in terms of influences, though, so I’ll leave you with a description of THE SPACES BETWEEN: Think BREAKING BAD meets THE BRIDGE by way of QUATERMASS and CHILDREN OF MEN!